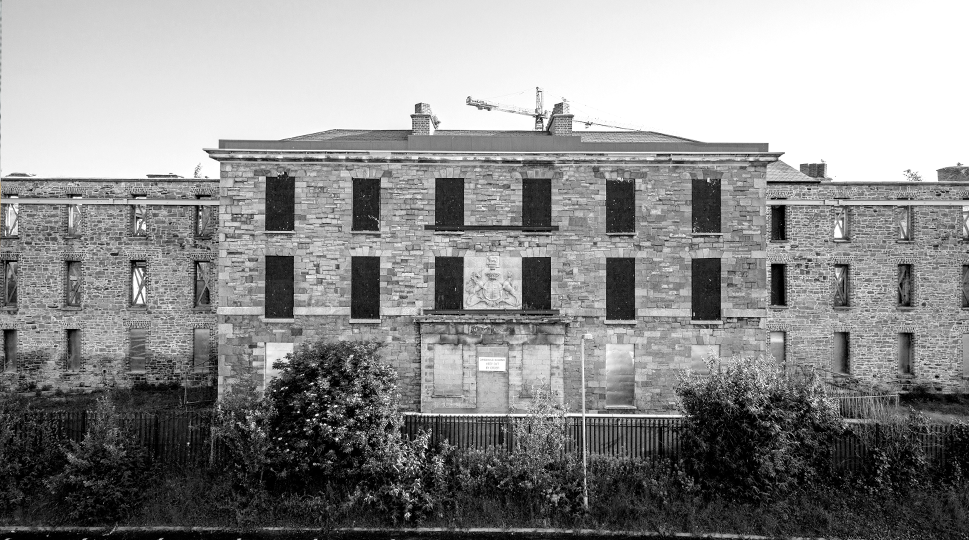 This podcast is now available online.

The architect of the original asylum building was Francis Johnston, most notable as the architect of the General Post Office on O’Connell Street. Opened in 1814, he designed and constructed the building in a spirit of optimism as a national solution to the shameful conditions in which the mentally ill were confined in prisons, bridewells and houses of industry all over Ireland. The original design and construction included architectural innovations and features that were informed by moral treatment: a progressive and humane approach to the care of people with mental illness popular during the early 19th century.

However, by the late 20th century, the building became synonymous with the worst aspects of institutionalisation. Its closure in 1989 was heralded as ‘symbolic of a revolution in healthcare’; its ‘dungeon-like architecture’ fit only for demolition. Three quarters of the building was levelled but Johnston’s entrance front survived. It endured two further decades of decay and dereliction before it was identified as a building of architectural, social and historical importance and worthy of protection. It has become part of the regeneration of the Grangegorman site, transforming this former hospital complex into a new health and education campus for the HSE, TU Dublin and the local community. The building reopened in 2021, ready to write its next chapter as a key centre for student services on the new TU Dublin Grangegorman campus.