Peace to the Ashes: a commemorative film about the life and legacy of Frank Lawless T.D. with introduction by broadcaster & filmmaker Donal Dineen 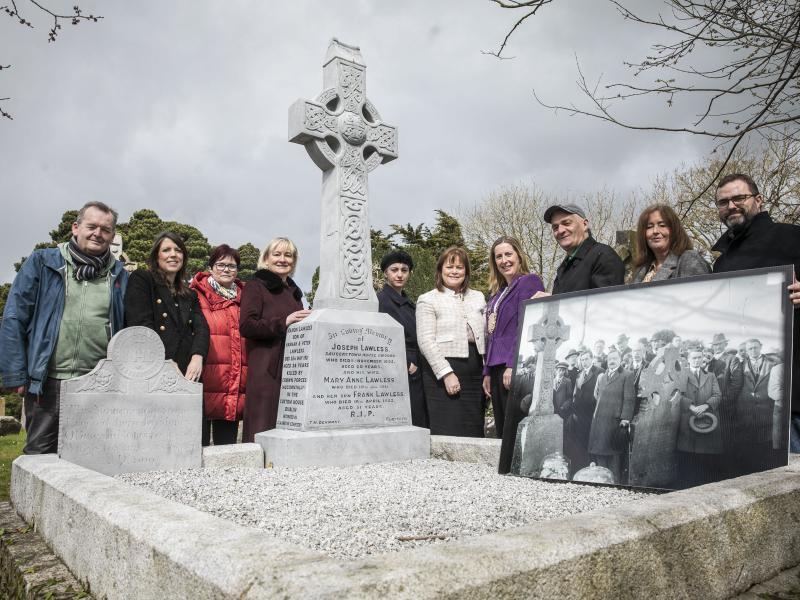 As part of Fingal County Council’s Commemorative Programme 2022, the broadcaster and filmmaker Donal Dineen was commissioned by Fingal County Council’s Arts Office to make a film commemorating the life and legacy of Frank Lawless. Donal was struck by a powerful photograph of Frank Lawless’ funeral on 18th April 1922 where we see among the mourners Arthur Griffith beneath the large Celtic cross marking the Lawless family plot. He used this as a starting point to his collaborative commemorative film titled ‘Peace to the Ashes’ and featuring Eithne Ní Catháin (Inni K).

Filmed almost exclusively within the walls of the Rolestown Cemetery, this new work is a poetic meditation on the passage of a century’s worth of time since that moment was frozen forever on photographic film and imprinted into both the history books and the consciousness of a nation.

Donal Dineen is an Irish radio presenter, photographer, film maker and television presenter. He has presented a late-night radio show on Today FM as well as the TV series for RTE Network 2. He also produces the podcast Make me an Island, a country by country illustrated guide to the music of the universe. Please note that this event will be available online post-festival.