Disbanding the Royal Irish Constabulary and its aftermath – BOOKED OUT 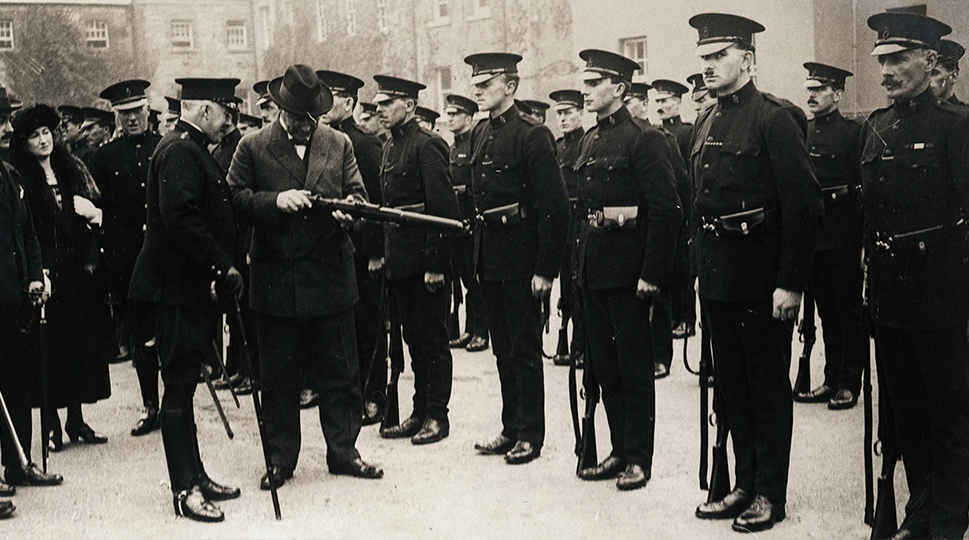 On 17 August 1922, the last remaining members of the Royal Irish Constabulary left Dublin Castle and were replaced by the new Civic Guard (later An Garda Síochána). This marked the end of a process of disbanding the force that had begun in April, as stipulated in the Anglo-Irish Treaty.

The impact of the disbandment of the force and the legacies of a career in the RIC during the Irish Revolution – for both the men and their families – lasted well beyond 1922. Pearse Street Library hosts Dr. Brian Hughes for a talk that will examine the last days of the RIC in Dublin and elsewhere. It will also trace some of the experiences of Irish-born men disbanded from the force. Many were able to settle reasonably successfully into the new Irish Free State, including a small number who joined the Civic Guard. Others suffered violence, intimidation, or petty harassment. Staying in the RIC to the very end often meant temporary or permanent exile from Ireland, usually to Britain or the Dominions, and the challenge of finding new accommodation and employment. Most who wished to continue a career in policing were forced to do so as far away as Palestine or in other colonial forces. Counted among the ‘losers’ of the Irish Revolution, their experiences were ultimately varied and often personal.

This event is now FULLY BOOKED.