Her Keys to the City: Honouring the Women who made Dublin 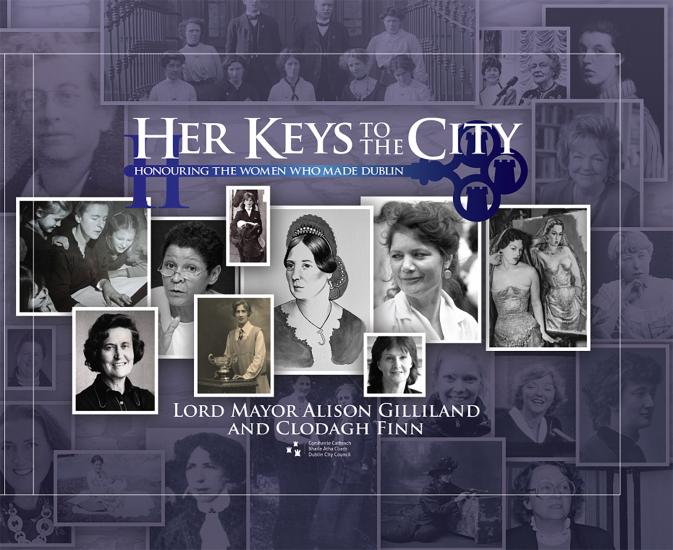 Just four women were among the 83 people given the Freedom of the City of Dublin since the award was inaugurated in 1876 to June 2022.

The genesis of Her Keys to the City lies in wanting, in some way, to address this very obvious gender imbalance and to showcase a variety of the very many accomplished women who lived before us. Collectively, these women were central to major social and political changes in our country’s history, excelled across diverse disciplines and realised major achievements in many different fields.

Clodagh Finn is a journalist and author of Through Her Eyes: a new history of Ireland in 21 women. Alison Gilliland was elected the 353rd, and only the 10th female, Lord Mayor of Dublin on 28th June 2021.