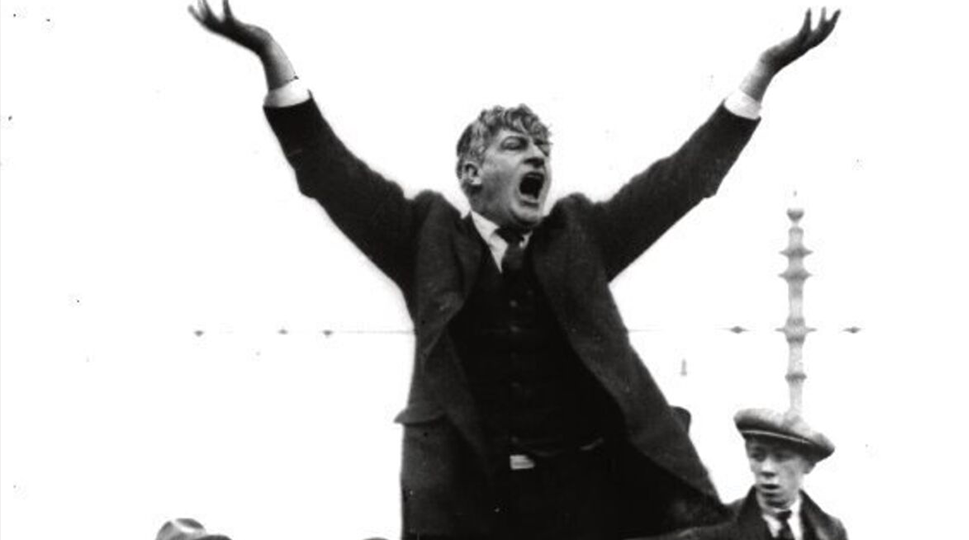 2022 marks the 75th anniversary of the passing of famous labour leader Jim Larkin, trade unionist and founder of the Irish Transport and General Workers’ Union. Described by Constance Markievicz as “some great primaeval force rather than a man”.

This talk by James Curry will discuss Larkin’s remarkable life and how he has been commemorated in Dublin and Belfast since his death.

James Curry is a Historian in Residence to Dublin City Council. He has produced an exhibition exploring Jim Larkin’s association with the GAA, and is the author of Artist of the Revolution: The Cartoons of Ernest Kavanagh (2012) exploring the cartoonist to Larkin’s newspaper The Irish Worker.