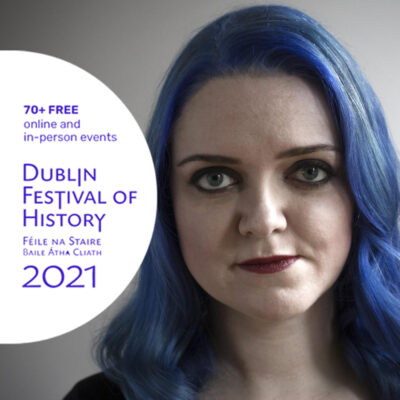 In 2020, statues across the world were pulled down in an extraordinary wave of global iconoclasm. From the United States and the United Kingdom to Canada, South Africa, the Caribbean, India, Bangladesh, and New Zealand, Black Lives Matter protests defaced and hauled down statues of slaveholders, Confederates, and imperialists.

Edward Colston was hurled into the harbour in Bristol, England. Robert E. Lee was covered in graffiti in Richmond, Virginia. Christopher Columbus was toppled in Minnesota, beheaded in Massachusetts, and thrown into a lake in Virginia. King Leopold II of the Belgians was set on fire in Antwerp and doused in red paint in Ghent. Winston Churchill was daubed with the word ‘racist’ in London.

Statues are one of the most visible – and controversial – forms of historical storytelling. The stories we tell about history are vital to how we, as societies, understand our past and create our future. Fallen Idols looks at twelve statues in modern history. It looks at why they were put up; the stories they were supposed to tell; why those stories were challenged; and how they came down.

Alex von Tunzelmann is a historian and screenwriter. She is the author of five books on Cold War politics and cultural history, most recently Fallen Idols: Twelve Statues That Made History.

Hugh Linehan is Culture Editor with the Irish Times.

This website uses cookies to improve your experience while you navigate through the website. Out of these, the cookies that are categorized as necessary are stored on your browser as they are essential for the working of basic functionalities of the website. We also use third-party cookies that help us analyze and understand how you use this website. These cookies will be stored in your browser only with your consent. You also have the option to opt-out of these cookies. But opting out of some of these cookies may affect your browsing experience.
Necessary Always Enabled
Necessary cookies are absolutely essential for the website to function properly. These cookies ensure basic functionalities and security features of the website, anonymously.
Functional
Functional cookies help to perform certain functionalities like sharing the content of the website on social media platforms, collect feedbacks, and other third-party features.
Performance
Performance cookies are used to understand and analyze the key performance indexes of the website which helps in delivering a better user experience for the visitors.
Analytics
Analytical cookies are used to understand how visitors interact with the website. These cookies help provide information on metrics the number of visitors, bounce rate, traffic source, etc.
Advertisement
Advertisement cookies are used to provide visitors with relevant ads and marketing campaigns. These cookies track visitors across websites and collect information to provide customized ads.
Others
Other uncategorized cookies are those that are being analyzed and have not been classified into a category as yet.
SAVE & ACCEPT
The Darkness Echoing: Exploring Ireland’s Places of Famine, Death and Rebellion – Gillian O’Brien in Conversation with Michael StauntonThe Best Catholics in the World – Derek Scally in Conversation with Rachael English