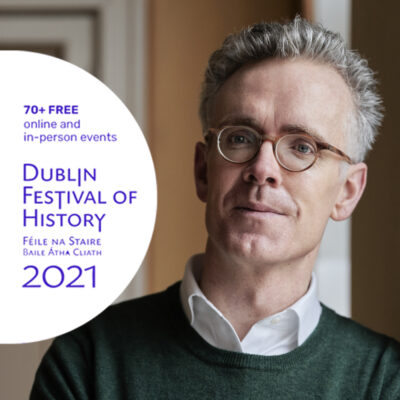 When Dubliner Derek Scally goes to Christmas Eve Mass on a visit home from Berlin, he finds more memories than congregants in the church where he was once an altar boy. Not for the first time, the collapse of the Catholic Church in Ireland brings to mind the fall of another powerful ideology – East German communism. While Germans are engaging earnestly with their past, Scally sees nothing comparable going on in his native land. So he embarks on a quest to unravel the tight hold the Church had on the Irish.

The Best Catholics in the World is the remarkable result of his three-year journey. With wit, wisdom and compassion Scally gives voice and definition to the murky and difficult questions that face a society coming to terms with its troubling past. It is both a lively personal odyssey and a resonant and gripping work of reporting that is a major contribution to the story of Ireland.

Derek Scally has written for the Irish Times since 2000. He is based in Berlin. The Best Catholics in the World is his first book.

Rachael English is a journalist and writer. She is presenter of Morning Ireland on RTÉ Radio 1. Her latest book, The Paper Bracelet, is published by Hachette UK.

This website uses cookies to improve your experience while you navigate through the website. Out of these, the cookies that are categorized as necessary are stored on your browser as they are essential for the working of basic functionalities of the website. We also use third-party cookies that help us analyze and understand how you use this website. These cookies will be stored in your browser only with your consent. You also have the option to opt-out of these cookies. But opting out of some of these cookies may affect your browsing experience.
Necessary Always Enabled
Necessary cookies are absolutely essential for the website to function properly. These cookies ensure basic functionalities and security features of the website, anonymously.
Functional
Functional cookies help to perform certain functionalities like sharing the content of the website on social media platforms, collect feedbacks, and other third-party features.
Performance
Performance cookies are used to understand and analyze the key performance indexes of the website which helps in delivering a better user experience for the visitors.
Analytics
Analytical cookies are used to understand how visitors interact with the website. These cookies help provide information on metrics the number of visitors, bounce rate, traffic source, etc.
Advertisement
Advertisement cookies are used to provide visitors with relevant ads and marketing campaigns. These cookies track visitors across websites and collect information to provide customized ads.
Others
Other uncategorized cookies are those that are being analyzed and have not been classified into a category as yet.
SAVE & ACCEPT
Fallen Idols: 12 Statues That Made History – Alex Von Tunzelmann in Conversation with Hugh LinehanCheckpoint Charlie: The Cold War, the Berlin Wall and the Most Dangerous Place on Earth – Iain MacGregor in Conversation with Jane Freeland