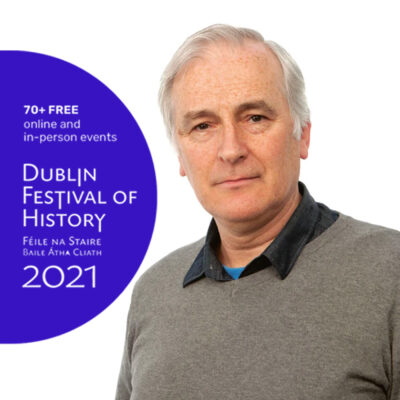 Myles Dungan’s family was involved in four violent deaths between 1915 and 1922. Jack Clinton, an immigrant small farmer from County Meath, was murdered in the remote and lawless Arizona territory by a powerful rancher’s hired assassin; three more died in Ireland, and each death is compellingly reconstructed in this extraordinary book. Mark Clinton was murdered by a group of agrarian ‘bandits’ who resented his family’s possession of some disputed acres; his killer was tried and executed by the dead man’s relatives and comrades in the Meath IRA. A mentally challenged youth was shot as an informer by another relative of Dungan’s, and buried in secrecy and silence.

Myles Dungan’s book, focused on one family, offers an original perspective on this still controversial period: a prism through which the moral and personal costs of violence, and the elemental conflict over land, come alive

Myles Dungan is an Irish broadcaster and author. He has presented many arts programmes on RTÉ Radio, and has also been a sports broadcaster on RTÉ Television. Since October 2010 he has been the presenter of “The History Show” on RTÉ Radio One.

Catriona Crowe is one of Ireland’s leading historians and commentators. She was elected to the Royal Irish Academy in 2012.

This website uses cookies to improve your experience while you navigate through the website. Out of these, the cookies that are categorized as necessary are stored on your browser as they are essential for the working of basic functionalities of the website. We also use third-party cookies that help us analyze and understand how you use this website. These cookies will be stored in your browser only with your consent. You also have the option to opt-out of these cookies. But opting out of some of these cookies may affect your browsing experience.
Necessary Always Enabled
Necessary cookies are absolutely essential for the website to function properly. These cookies ensure basic functionalities and security features of the website, anonymously.
Functional
Functional cookies help to perform certain functionalities like sharing the content of the website on social media platforms, collect feedbacks, and other third-party features.
Performance
Performance cookies are used to understand and analyze the key performance indexes of the website which helps in delivering a better user experience for the visitors.
Analytics
Analytical cookies are used to understand how visitors interact with the website. These cookies help provide information on metrics the number of visitors, bounce rate, traffic source, etc.
Advertisement
Advertisement cookies are used to provide visitors with relevant ads and marketing campaigns. These cookies track visitors across websites and collect information to provide customized ads.
Others
Other uncategorized cookies are those that are being analyzed and have not been classified into a category as yet.
SAVE & ACCEPT
Between Two Hells: The Irish Civil War – Diarmaid Ferriter in Conversation with Ronan McGreevyNorthern Protestants: On Shifting Ground – Susan McKay in Conversation with Martin Doyle