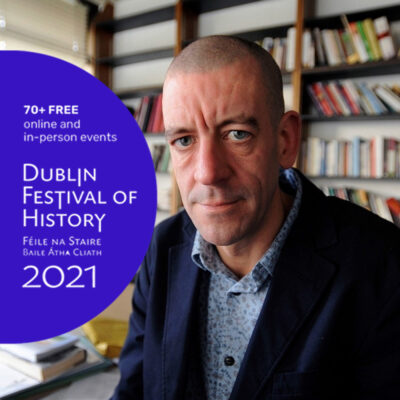 At the end of the Irish War of Independence, Dublin signed an unsatisfactory treaty with London, that amongst other things, required oaths of allegiance to the British Empire. To many this was a price worth paying, but for others it was impossible. Very quickly, in 1922 the country collapsed into a cruel civil war that split organisations like Sinn Fein and the IRA, local communities, and families.

It was less devastating than some other European civil wars but it left a ghastly number of dead, injured and immiserated across Ireland, north and south. And it cast a long shadow across Ireland.

Fine Gael and Fianna Fail, the two parties that grew out of the rival factions, have ruled Ireland since the end of the civil war. It was only in 2019 – almost a century after the conflict – because of Sinn Fein’s electoral success that the two parties could see their way to officially working together. Drawing on completely new sources, Ireland’s most brilliant historian shows how important this tragic war was for understanding Ireland now.

Diarmaid Ferriter has been Professor of Modern Irish History at UCD since 2008. He is a weekly columnist for The Irish Times and in March 2019, was elected a member of the Royal Irish Academy.

Ronan McGreevy is a news reporter with The Irish Times. He is the editor of ‘Centenary, Ireland Remembers 1916’, the official State book recalling the commemorations of 2016.

This website uses cookies to improve your experience while you navigate through the website. Out of these, the cookies that are categorized as necessary are stored on your browser as they are essential for the working of basic functionalities of the website. We also use third-party cookies that help us analyze and understand how you use this website. These cookies will be stored in your browser only with your consent. You also have the option to opt-out of these cookies. But opting out of some of these cookies may affect your browsing experience.
Necessary Always Enabled
Necessary cookies are absolutely essential for the website to function properly. These cookies ensure basic functionalities and security features of the website, anonymously.
Functional
Functional cookies help to perform certain functionalities like sharing the content of the website on social media platforms, collect feedbacks, and other third-party features.
Performance
Performance cookies are used to understand and analyze the key performance indexes of the website which helps in delivering a better user experience for the visitors.
Analytics
Analytical cookies are used to understand how visitors interact with the website. These cookies help provide information on metrics the number of visitors, bounce rate, traffic source, etc.
Advertisement
Advertisement cookies are used to provide visitors with relevant ads and marketing campaigns. These cookies track visitors across websites and collect information to provide customized ads.
Others
Other uncategorized cookies are those that are being analyzed and have not been classified into a category as yet.
SAVE & ACCEPT
Blood & Iron: The Rise and Fall of the German Empire 1871–1918 – Katja Hoyer in Conversation with Roger MoorhouseFour Killings: Land, Hunger, Murder & Family in the Irish Revolution – Myles Dungan in Conversation with Catriona Crowe