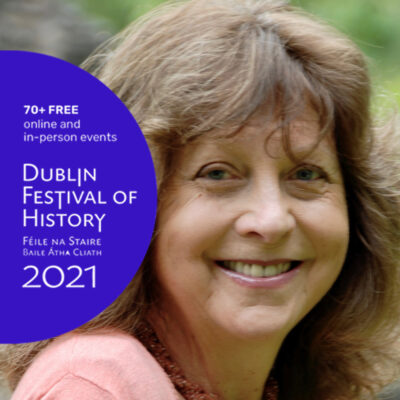 On a sunlit evening in 1882, Lord Frederick Cavendish and Thomas Burke, Chief Secretary and Undersecretary for Ireland, were ambushed and stabbed to death while strolling through Phoenix Park in Dublin. The murders were carried out by the Invincibles, a militant faction of republicans armed with specially-made surgeon’s blades.

The murders ended what should have been a turning point in Anglo-Irish relations. A new spirit of goodwill had been burgeoning between Prime Minister William Gladstone and Ireland’s leader Charles Stewart Parnell, with both men forging in secret a pact to achieve peace and independence in Ireland – with the newly appointed Cavendish, Gladstone’s protégé, to play an instrumental role.

The impact of the Phoenix Park murders was so cataclysmic that it destroyed the pact, almost brought down the government and set in motion repercussions that would last long into the twentieth century.

Roy Foster is a distinguished Irish historian and academic. He was the Carroll Professor of Irish History from 1991 until 2016 at Hertford College, Oxford.

This website uses cookies to improve your experience while you navigate through the website. Out of these, the cookies that are categorized as necessary are stored on your browser as they are essential for the working of basic functionalities of the website. We also use third-party cookies that help us analyze and understand how you use this website. These cookies will be stored in your browser only with your consent. You also have the option to opt-out of these cookies. But opting out of some of these cookies may affect your browsing experience.
Necessary Always Enabled
Necessary cookies are absolutely essential for the website to function properly. These cookies ensure basic functionalities and security features of the website, anonymously.
Functional
Functional cookies help to perform certain functionalities like sharing the content of the website on social media platforms, collect feedbacks, and other third-party features.
Performance
Performance cookies are used to understand and analyze the key performance indexes of the website which helps in delivering a better user experience for the visitors.
Analytics
Analytical cookies are used to understand how visitors interact with the website. These cookies help provide information on metrics the number of visitors, bounce rate, traffic source, etc.
Advertisement
Advertisement cookies are used to provide visitors with relevant ads and marketing campaigns. These cookies track visitors across websites and collect information to provide customized ads.
Others
Other uncategorized cookies are those that are being analyzed and have not been classified into a category as yet.
SAVE & ACCEPT
Northern Protestants: On Shifting Ground – Susan McKay in Conversation with Martin DoyleGeorge III: The Life and Reign of Britain’s Most Misunderstood Monarch – Andrew Roberts in Conversation with Lisa Marie Griffith