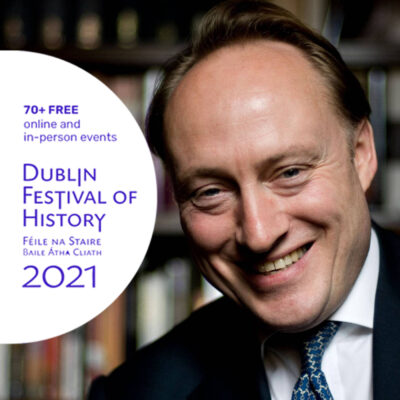 George III, Britain’s longest-reigning king, has gone down in history as ‘the cruellest tyrant of this age’. Andrew Roberts’s new biography takes entirely the opposite view. It portrays George as intelligent, benevolent, scrupulously devoted to the constitution of his country and (as head of government as well as head of state) navigating the turbulence of eighteenth-century politics with a strong sense of honour and duty.

He was a devoted husband and family man, a great patron of the arts and sciences, keen to advance Britain’s agricultural capacity (‘Farmer George’) and determined that her horizons should be global. He could be stubborn and self-righteous, but he was also brave, brushing aside numerous assassination attempts, galvanising his ministers and generals at moments of crisis and stoical in the face of his descent – five times during his life – into a horrifying loss of mind.

Andrew Roberts is a biographer and historian of international renown. He is currently Visiting Professor at the Department of War Studies at King’s College, London, and the Roger and Martha Mertz Visiting Research Fellow at the Hoover Institution at Stanford University.

Lisa Marie Griffith is author of ‘Dublin: Then and Now’ and ‘Stones of Dublin: A History of Dublin in Ten Buildings’ and has published a number of essays on Dublin history. She is co-editor of two edited collections of essays, ‘Leaders of the City: Dublin’s first citizens, 1500–1950’ and ‘Death and Dying in Dublin: 1500 to the Present’.

This website uses cookies to improve your experience while you navigate through the website. Out of these, the cookies that are categorized as necessary are stored on your browser as they are essential for the working of basic functionalities of the website. We also use third-party cookies that help us analyze and understand how you use this website. These cookies will be stored in your browser only with your consent. You also have the option to opt-out of these cookies. But opting out of some of these cookies may affect your browsing experience.
Necessary Always Enabled
Necessary cookies are absolutely essential for the website to function properly. These cookies ensure basic functionalities and security features of the website, anonymously.
Functional
Functional cookies help to perform certain functionalities like sharing the content of the website on social media platforms, collect feedbacks, and other third-party features.
Performance
Performance cookies are used to understand and analyze the key performance indexes of the website which helps in delivering a better user experience for the visitors.
Analytics
Analytical cookies are used to understand how visitors interact with the website. These cookies help provide information on metrics the number of visitors, bounce rate, traffic source, etc.
Advertisement
Advertisement cookies are used to provide visitors with relevant ads and marketing campaigns. These cookies track visitors across websites and collect information to provide customized ads.
Others
Other uncategorized cookies are those that are being analyzed and have not been classified into a category as yet.
SAVE & ACCEPT
The Irish Assassins: Conspiracy, Revenge and the Murders that Stunned an Empire – Julie Kavanagh in Conversation with Roy FosterLGBTQ+ and Public History – Richard O’Leary, Maurice J Casey and Kate Drinane in Conversation with Sara Phillips