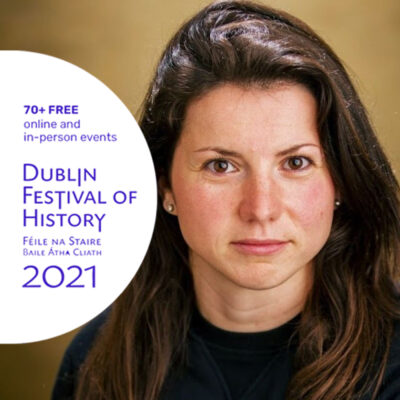 Before 1871, Germany was not a nation but an idea. Its founder, Otto von Bismarck, had a formidable task at hand. How would he bring thirty-nine individual states under the yoke of a single Kaiser, convincing proud Prussians, Bavarians and Rhinelanders to become Germans? Once united, could the young European nation wield enough power to rival the empires of Britain and France – all without destroying itself in the process?

In a unique study of five decades that changed the course of modern history, Katja Hoyer tells the story of the German Empire from its violent beginnings to its calamitous defeat in the First World War. It is a dramatic tale of national self-discovery, social upheaval and realpolitik that ended, as it started, in blood and iron.

Katja Hoyer is a German-British historian specializing in modern German history. She was born in East Germany and is a fellow of the Royal Historical Society in London .

Roger Moorhouse began his writing career working for Professor Norman Davies and has since written several highly successful books on aspects of the Third Reich.

This website uses cookies to improve your experience while you navigate through the website. Out of these, the cookies that are categorized as necessary are stored on your browser as they are essential for the working of basic functionalities of the website. We also use third-party cookies that help us analyze and understand how you use this website. These cookies will be stored in your browser only with your consent. You also have the option to opt-out of these cookies. But opting out of some of these cookies may affect your browsing experience.
Necessary Always Enabled
Necessary cookies are absolutely essential for the website to function properly. These cookies ensure basic functionalities and security features of the website, anonymously.
Functional
Functional cookies help to perform certain functionalities like sharing the content of the website on social media platforms, collect feedbacks, and other third-party features.
Performance
Performance cookies are used to understand and analyze the key performance indexes of the website which helps in delivering a better user experience for the visitors.
Analytics
Analytical cookies are used to understand how visitors interact with the website. These cookies help provide information on metrics the number of visitors, bounce rate, traffic source, etc.
Advertisement
Advertisement cookies are used to provide visitors with relevant ads and marketing campaigns. These cookies track visitors across websites and collect information to provide customized ads.
Others
Other uncategorized cookies are those that are being analyzed and have not been classified into a category as yet.
SAVE & ACCEPT
Checkpoint Charlie: The Cold War, the Berlin Wall and the Most Dangerous Place on Earth – Iain MacGregor in Conversation with Jane FreelandBetween Two Hells: The Irish Civil War – Diarmaid Ferriter in Conversation with Ronan McGreevy