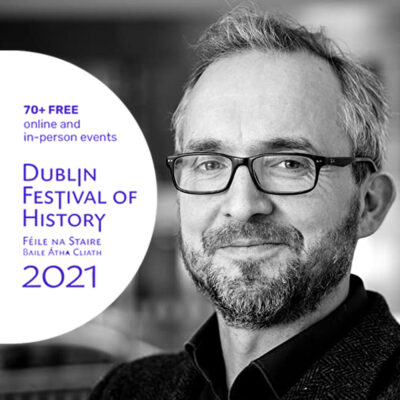 Iain McGregor’s book is a powerful, fascinating, and groundbreaking history of Checkpoint Charlie, the famous military gate on the border of East and West Berlin. East Germany committed a billion dollars to the creation of the Berlin Wall in the early 1960s, an eleven-foot-high barrier that consisted of seventy-nine miles of fencing, 300 watchtowers, 250 guard dog runs, twenty bunkers, and was operated around the clock by guards who shot to kill.

Over the next twenty-eight years, at least five thousand people attempted to smash through it, swim across it, tunnel under it, or fly over it. In November 1989, the East German leadership buckled in the face of a civil revolt that culminated in half a million East Berliners demanding an end to the ban on free movement. The world’s media flocked to capture the moment which, perhaps more than any other, signaled the end of the Cold War. Checkpoint Charlie had been the epicenter of global conflict for nearly three decades.

Iain McGregor is a successful editor of non fiction for major publishing houses, working with talented and bestselling historians such as Michael Wood, Sir Simon Schama, William Taubman, Alice Roberts and John Nichol – as well as publishing tie-ins with archives and podcasts such as the Imperial War Museum and R4’s ‘In Our Time’ series with Melvyn Bragg. He is also a writer and public speaker on modern history and a Fellow of the Royal Historical Society.

Jane Freeland is a historian of feminism and gender in modern Germany at the German Historical Institute London.

This website uses cookies to improve your experience while you navigate through the website. Out of these, the cookies that are categorized as necessary are stored on your browser as they are essential for the working of basic functionalities of the website. We also use third-party cookies that help us analyze and understand how you use this website. These cookies will be stored in your browser only with your consent. You also have the option to opt-out of these cookies. But opting out of some of these cookies may affect your browsing experience.
Necessary Always Enabled
Necessary cookies are absolutely essential for the website to function properly. These cookies ensure basic functionalities and security features of the website, anonymously.
Functional
Functional cookies help to perform certain functionalities like sharing the content of the website on social media platforms, collect feedbacks, and other third-party features.
Performance
Performance cookies are used to understand and analyze the key performance indexes of the website which helps in delivering a better user experience for the visitors.
Analytics
Analytical cookies are used to understand how visitors interact with the website. These cookies help provide information on metrics the number of visitors, bounce rate, traffic source, etc.
Advertisement
Advertisement cookies are used to provide visitors with relevant ads and marketing campaigns. These cookies track visitors across websites and collect information to provide customized ads.
Others
Other uncategorized cookies are those that are being analyzed and have not been classified into a category as yet.
SAVE & ACCEPT
The Best Catholics in the World – Derek Scally in Conversation with Rachael EnglishBlood & Iron: The Rise and Fall of the German Empire 1871–1918 – Katja Hoyer in Conversation with Roger Moorhouse